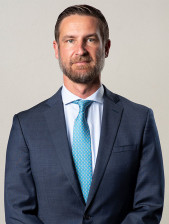 CHRIS DIAL is entering his third season as head basketball coach for the men's team. The Saints finished the 2019-2020 season with a 10-18 overall record and 6-12 mark in Red River Athletic Conference (RRAC) play.

Dial is the founder of The Basketball Embassy (TBE), a multinational, nonprofit organization that builds community through basketball and assists National Basketball Federations as well as other organizations in their quest to grow and develop the game of basketball in their country or region. Dial established TBE in 2014 as a way to promote a fundamental brand of basketball intertwined with intangible elements like dedication, hard work, integrity and education in an effort to produce ambassadors of the game.

OLLU has been a partner with TBE since 2016 and recently hosted Assembly 2018, a weeklong event that brought elite youth female and male athletes ages 15-17 to campus. Campers are specially invited with the majority being international student-athletes and about 60 from the United States. Aside from on-court practice and training sessions, the campers had the opportunity to be seen by more than 20 NCAA, NAIA and Junior College coaches.

Also, Dial has been the program director for the FIBA (International Basketball Federation) Europe U14 Development Project in Southeastern Europe. FIBA Europe pioneered in concept a program that would simultaneously raise the level of basketball in four countries, using a fifth more established country as a source of guidance and support. Players involved are from Romania, Bulgaria, Macedonia and Kosovo, with Turkey playing the "Big Brother" role.

Dial also has been heavily involved with the Swedish Basketball Federation in Stockholm. He has assisted with basketball lecturers, clinics, game observations and exchange in efforts to develop their programs.

The Admirals Basketball Academy (ABA) in Chisinau, Moldova, and the Macedonia Basketball Federation (MBF) in Skopje, Macedonia, have also been among Dials main projects prior to coming to OLLU. He has been the head coach and camp and clinic director for ABA for more than a year. The organization is funded by the U.S. State Department under the direction of the U.S. Embassy in Chisinau. With the MBF, Dial has been the coaching coordinator and adviser. He has placed several highly qualified American coaches in their system for the summer allowing them to coach and mentor the players and the assistant coaches in their national team system.

Dial has made it a priority to be actively involved in the community. He initiated and created basketball programming for homeless facilities in San Antonio like Haven for Hope and SAMM Ministries. He plans to continue those efforts as part of the OLLU staff.

Dial received a degree in political science and psychology from Texas Lutheran University, where he played on the basketball team. He later attended Texas State University, where he completed a master's program in international studies. He and his wife Brittany are the parents of one son, JT. 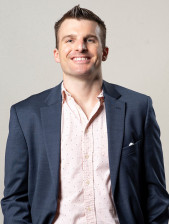 DUSTIN KARRER is the men's basketball assistant coach. He was born and raised in New Braunfels, Texas. He attended Texas State University in San Marcos, Texas, and graduated with degrees in kinesiology and history. 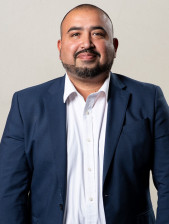 In 2013-2014, the Tornados posted a 16-10 record and advanced to the ASC Tournament for the seventh time in the past eight seasons. Patterson and Sanchez both earned first-team All-ASC accolades, while Patterson also collected D3hoops.com second-team All-West Region honors.

In 2012-2013, Alzaid guided Concordia to its best season since it joined NCAA Division III. The Tornados won the ASC Tournament Championship for the first time in school history and advanced to their first-ever appearance in the NCAA Tournament. Concordia’s 87-83 victory over Trinity in the opening round of the NCAA postseason tournament allowed the squad to advance to the Round of 32. Alzaid’s squad posted a 24-6 overall record, the best for the Tornados since the 1981-1982 campaign. Concordia, which ranked second in the country with an average of 94 points per game, finished second in the ASC West Division to qualify for its sixth ASC Tournament in seven seasons, where it upset the top two seeds in route to the crown. 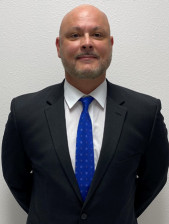 DAVID W. SMITH is in his first season as a Our Lady of the Lake University men’s basketball assistant coach.

Smith served in the United States Army for more than 23 years and retired at Major's rank. In that time period, he also gained invaluable coaching experience. He was the head coach of the Men’s All-Army Basketball Team from 2009-2012, which required selecting 22 players from a pool of 250 applicants each year. During his time as the head coach, the All-Army Team had many extremely talented players to include former D1 and D2 conference players of the year and several overseas professional players.

The versatile Smith also was a four-time head coach, two-time assistant coach and chief of mission for the men’s All-Armed Forces (USA) Team from 2009-2012. He played a major role in training the team to compete at a national (Olympic) level.

In 2014, Smith received a master’s degree in management/logistics management from the Florida Institute of Technology. He also earned a bachelor’s degree in justice administration from Hawaii Pacific University in 2004.

Smith has been married for more than 19 years to Dina Smith, also a retired Army major, with 26 years of service. They have two children, Lonnie and Lorin. 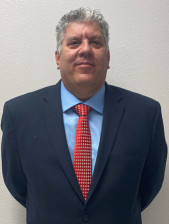 Sean Patterson begins his first season as an Our Lady of the Lake University men’s basketball assistant coach.

Patterson was born in Toledo, Ohio, and graduated from Toledo Bowsher High School in 1982. He was a two-sport athlete in basketball and baseball and was inducted into the high school hall of fame in 2019. Following his high school playing career, Patterson played collegiate basketball at The University of Wisconsin Parkside and Defiance College in Defiance, Ohio. Patterson scored more than 1,000 points and was among the all-time leaders in assists and steals per game. 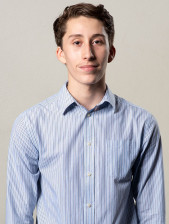