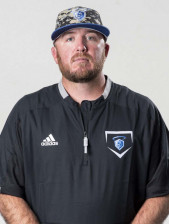 His overall head coaching record is 253-224 spanning 10 years at the collegiate and high school level.

Before Harlingen, Aughney had much success as head coach at the University of Texas at Brownsville (now consolidated with the University of Texas-Pan American to form the University of Texas Rio Grande Valley) for four seasons (and one season as assistant coach), when the Scorpions were part of the NAIA. His teams from 2008-2018 accumulated an overall record of 149-136 and twice qualified for the NAIA National Tournament. The RRAC honored 16 of his players as first-team all-conference, six were selected to the Gold Glove team, two were pitchers of the year, and 60 were scholar athletes. One of his players was selected as NAIA All-American, and four were offered professional baseball contracts. Aughney also was the conference's baseball chair, leading the rearrangement of the conference alignment and the dissolving of divisional play, conference scheduling, operations procedures and oversight.

Aughney's teams dedicated many hours to the NAIA Champions of Character program as volunteers for the Moody Clinic, and in programs promoting breast cancer awareness and youth motivation.

Before arriving in Brownsville, Aughney had assistant-coach stints at Bellevue University (NAIA) and Northland College (NCAA DIII). From 2006-2007 at Bellevue, the team was the Midlands Collegiate Athletic Conference champion, the Region IV champions and the Plains Super Region champions. They qualified for the NAIA World Series, and three players were offered professional contracts.

Also, he was the assistant coach for the Wisconsin Woodchucks, where 11 players were drafted.

As a player at Dawson Community College, his team was the conference and region champions and qualified for the NJCAA Division III World Series. While at Northland, he helped his team reach the NAIA Regional Tournament, and he was a two-time all-conference selectee.

Aughney earned a business and economics degree from Northland College and a Master of Arts in Leadership from Bellevue University.  He is married to April Aughney (Garza) of San Benito, Texas. They are parents to daughter Angelin and son Chase. 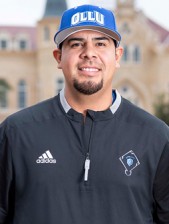 Jeremy Flores coached the Saints in the 2017 season as interim head coach. He resumes his duties as assistant coach, a position he has held since 2014.

This past season, the team boasted a 31-24 record which marks the most wins in program history. The team finished second in the Red River Athletic Conference standings which is also the highest finish in program history. The team featured three First-Team All-Conference selections: Jose Diaz (OF), Logan Garza (Starting Pitcher) and& Aaron Gonzalez (Starting Pitcher). The pitching staff under Flores' guidance would break program records in ERA and total strikeouts, and the Saints threw the first no-hitter in program history. Logan Garza also tied the single-season strikeout record (101).

In 2016, Flores guided the Saints to a fifth-place finish in the RRAC regular season with a conference record of 18-14. The Saints qualified for the postseason tournament and lost the first game to Jarvis Christian College 6-11. They went on to defeat the University of Houston-Victoria 12-8 and the dropped their last game to LSU-Alexandria 1-9 to end their season with an overall 29-27 record. Three Saints were named to the All-Conference Team -- Anthony DeJesus, Jordan Hackett and JB Martinez.

After completing his first season as an assistant coach at Texas A&M University -- Kingsville, Flores helped the Javelinas to a second straight Lone Star Conference Championship and a third straight regional championship appearance. The Javelinas were ranked as high as No. 4 in NCAA Division II national polls. Flores coached 11 All-Lone Star Conference selections including seven first-team selections, three second-team selections and one honorable-mention selection along with both the Player of the Year and Academic Player of the Year. Of those 11 players, five were selected to the Daktronics Division II South Central Regional first and second teams and one Daktronics All-American selection.

He recently served his second season as assistant coach for the Victoria Generals of the Texas Collegiate League-leading them to a second consecutive TCL Championship appearance in a record-breaking season in which the team broke the single-season wins with 37. Along with having nine TCL all-star selections and both the Pitcher of the Year (Kris Looper- University of Incarnate Word) and the Batting Title Champion (Justin Pacchioli- Lehigh University), he was also selected to be the assistant coach on the all-star team to represent the South Division. Throughout his two years on the coaching staff, the team produced five MLB First-Year Player Draftees including: 2014- Argenis Angulo (Cleveland Indians 19th round), Taylor Hearn (Minnesota Twins 25th round) and Drake Roberts (Cleveland Indians 29th round); 2013- Glenn Sparkman (Kansas City Royals 20th round) and Kyle Thornell (Colorado Rockies 34th round); and one player signing a free agent contract: Alvaro Rondon (Arizona Diamondbacks).

Flores played all four years of his collegiate career at Texas A&M University-- Kingsville, where he had a standout campaign in which he broke both the single-season and career records for saves as the team's full-time closer. Throughout his career, he was a vital part of a pitching staff that won two conference championships and reached the regional championship game in two consecutive seasons.

Flores and his wife Katrina reside in San Antonio and are parents to three-year-old daughter, Kyleigh. 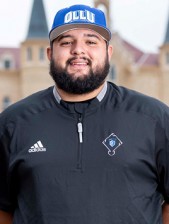 Mike Light has joined the baseball coaching staff as a student assistant. Light is a native of San Antonio, where he graduated from Brennan High School. He transferred to OLLU in 2017 from Clarendon College. 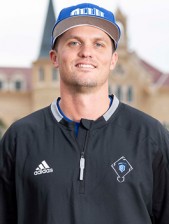 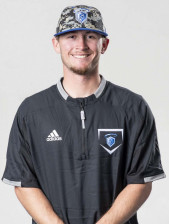 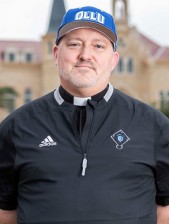 Father Cristopher Robinson returns for his sixth year as the chaplain for the OLLU Saints Baseball Team. Over the last nine years, volunteering as chaplain for two collegiate baseball programs, he has helped to mentor more than a hundred university graduates, numerous academic all-conference scholars and one Academic All-American. A lifetime advocate for education, Fr. Cristopher has held leadership positions in seven different parishes that have parochial schools as a part of their core mission. He has served as an adjunct faculty member at St. George Episcopal School and also served on the Episcopal Schools Commission for the Diocese of West Texas.