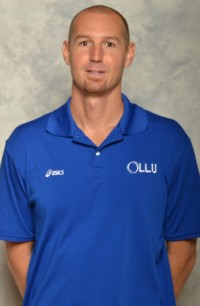 Mark Lee is in his seventh season as head coach of the OLLU women's volleyball team. In 2012, the team finished in fourth place in the Red River Athletic Conference and suffered a tough loss in the conference tournament quarterfinals against Texas Wesleyan University. The Saints fought hard, but lost 3-1 (25-21, 20-25, 25-20, 27-25). The team's overall record was 14-18 and 8-3 in the conference.

Prior to coming to OLLU, Lee spent eight years coaching at the community college level. He was head coach for five seasons for the men's volleyball team at Santa Monica College in California. His team record improved in each of the five seasons. In addition to coaching at Santa Monica College, Mark Lee was also an assistant coach at Pierce College for three years. While at Pierce, the team won three state championships in a row and two conference championships.

After receiving his high school diploma from Hart High School in Santa Clarita, Calif., Lee attended Pierce College, where he received an Associate of Arts degree and also played volleyball under the instruction of coaching legend Ken "Big Daddy" Stanley. In 2001, he received a Bachelor of Science degree in marketing from Cal State University Northridge. He also played Division I volleyball at CSUN for two years. Lee completed his master's degree in kinesiology from CSUN. He also worked as a certified personal trainer for two years and has coached club volleyball for eight years.

Mark and his wife Katharyn are the parents of two children. 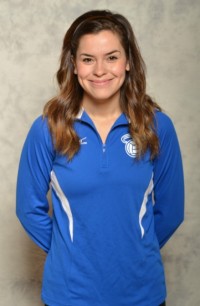 Sarah Lindsay enters the 2013 season as the assistant coach for the Our Lady of the Lake University Saints Volleyball Team.

Lindsay was a member of the inaugural volleyball team, that along with men's soccer, kicked off intercollegiate athletics at OLLU in 2007.

Throughout her four years on the volleyball team, Lindsay played libero. In 2010, she was named to the Red River Athletic Conference All-Conference Team. She also was named a RRAC Scholar Athlete in 2009 and 2010.

Lindsay is a native of El Paso, Texas, where she attended Capt. John Chapin High School. In high school, she was a three-time all-district player, a two-time all-city player, and was named to the El Paso Times All-City team as a libero.

She received a bachelor's degree in Early Childhood Education at OLLU, and she is currently pursuing a Master of Deaf Education and Hearing Science from the University of Texas Health Science Center -- San Antonio.

Her hobbies include playing basketball, coaching, volunteering with youth and spending time with family and friends. 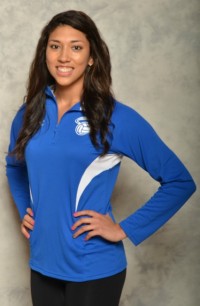 Daniella Vidaurri joins the Our Lady of the Lake University volleyball team as an assistant coach this year. She received her Bachelor of Arts in Communications Arts from the University of the Incarnate Word. While there, Vidaurri played four years for the Cardinals. She led her team to three out of four conference playoff games, and she was named to the All-Conference Team for blocking.

Vidaurri is in her fifth year as a coach for the Texas Fusion Club Volleyball Team here in San Antonio.

Vidaurri is a graduate of Southwest High School in San Antonio. She had the opportunity to play two of her four years with Olympian Destinee Hooker, who also attended Southwest.

She is currently pursuing a bachelor's degree in communication disorders at OLLU, and she plans to continue with her master's degree, as well. 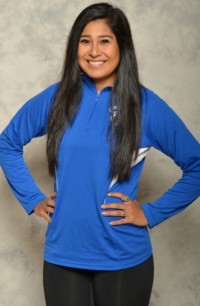 Norma Fraga
Grad Assistant
Our Lady of the Lake University

Norma Fraga begins her first year as a graduate assistant coach with the Saints.

She joined the team as a player in 2009, and played four years as a defensive. In the fall of 2012, she received a Bachelor of Business Administration in Accounting in May 2013. Fraga is currently pursuing her MBA at OLLU.