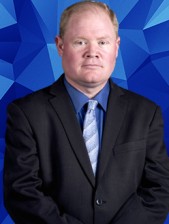 In 2015-2016, the Saints won their fourth consecutive RRAC Regular Season title and their second RRAC Tournament title (first was in 2012). They enjoyed a perfect 18-0 conference record and a 30-3 regular season record. The Saints won 30 consecutive games after losing their first two games to kick off the season. Their third loss was in the NAIA National Tournament Sweet 16 round, when they lost to Benedictine College 63-71 to end their historic season.

The Saints entered the 2015-2016 season with a preseason ranking of seven. They dropped to 10th and improved to 6th, 4th and 3rd. On Feb. 2, the Saints received a No. 1 ranking -- the first-ever top ranking at OLLU and the first-ever in San Antonio. They stayed at No. 1 for six weeks. In the postseason poll, the Saints dropped to No. 2.

Minner's players enjoyed great success in the season, as well. Taylor Hamilton was named a first-team NAIA All-American -- the first female first team honoree at OLLU. She also was named to the All-Conference and All-Tournament teams and received the RRAC Player of the Year award and the WBCA NAIA All-American honor. In addition, Sonji Green was named an NAIA All-American Honorable Mention team. Green, along with LaQeisha Brown and Alyssa Ward were All-Conference selectees, while Hamilton (MVP), Daniela Nopuente and Nakia Page were named to the All-Tournament team. Minner received the RRAC Coach of the Year award -- his second in two years -- and the WBCA NAIA Coach of the Year.

In 2014-2015, the Saints were the RRAC Regular Season Champions after finishing the season with an 18-2 conference record. As the No. 1 seed in the conference tournament, the Saints lost to Langston in the championship game, but went on to the NAIA DI Women's Basketball National Championship Tournament for the fourth consecutive year. They defeated Martin Methodist in the first round and dropped the Sweet 16 game to Oklahoma Baptist to end their season with a 27-7 overall record.

In 2013-2014, the Saints were the RRAC Regular Season Champions after finishing with a 27-5 overall and 16-2 conference record. The team made its third consecutive trip to nationals and made it to the Sweet 16 round for the first time ever. The Saints beat Talladega College 97-94 in the first round and lost to Loyola University 72-67 in the Sweet 16 round.

Minner took over head coaching duties for the 2012-2013 season and led his team to the Red River’s Conference Regular Season Co-Championship, along with Wiley College, after finishing with a 30-4 overall and 20-2 conference record. The Saints were the runners-up in the conference tournament and earned an automatic bid to the 2013 NAIA DI Women's Basketball Championship Tournament. The Saints fell to Rogers State University 69-79 in the first round.

Prior to becoming the head coach, Minner served as the assistant coach of the inaugural women's basketball team at OLLU. The Saints ended their inaugural season with a 17-15 record after reaching the Red River Athletic Conference tournament semifinal round. He returned in 2010 to help the Saints improve their season record to 20-9 and reach the quarterfinal stage of the RRAC tournament. Last season, the team won the conference tournament and earned a berth to the NAIA Division I Women's Basketball National Championship. They lost to Oklahoma City University in the first round by a score of 73-91. The Saints ended their season with a 26-8 overall record and 18-6 in the conference.

Minner came to OLLU from Texas A&M International University (TAMIU), an NCAA Division II school. There he served for one year as women's assistant basketball coach.

Minner primarily managed TAMIU's defense and worked with the team on shooting and scoring. His work helped the team with a six-game improvement in the league and a five-game improvement in total wins for the season. TAMIU was ranked No. 4 in the nation in steals and No. 11 in turnover to assist ratio. It placed No. 1 in scoring offense, steals, forced turnovers and blocks in the conference. Minner was also the men's head golf coach at TAMIU. While at TAMIU, the team made the Heartland Conference semifinals and it had its first-ever conference playoff berth. Prior to TAMIU, Minner was the boys' varsity head basketball coach at Vacaville Christian High School in California. He directed the Falcons to a 62-24 overall record, winning one Sacramento Valley Christian League (SVCL) title and one Central Valley Christian League title. In addition, he was named SVCL Coach of the Year in 2006, his team GPA was 3.42 and he had the most playoff wins for a boys' head varsity coach.

From 2002-2005, Minner was the women's head basketball coach for Napa Valley Community College. He was the all-time winningest coach in percentage and number of wins. Napa Valley showed steady improvement throughout Minner's tenure, improving from a 10-20 record in 2002 to a 16-10 mark in 2004. He guided the team to its first state playoff berth in 2003 and its highest ranking on record in that position.   Throughout his career, Minner has also coached golf, baseball and cross-country. Minner received a Bachelor of Arts in English from Sonoma State University and a master's degree in health, physical education and recreation from St. Mary's College of California. 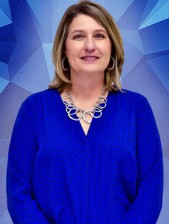 Kari Wallace returns for her third year as assistant coach for the OLLU Saints. Previously, Wallace spent coaching 24 years at the high-school level all in Texas. Most recently, she was head coach for the Bryon P. Steele High School Lady Knights in Cibolo, Texas. In her eight years at Steele, Wallace led the women's team to six district championships, four regional championships and four trips to the UIL State Final Four Tournament with one year in the state championship game.

She received a Bachelor of Arts in Secondary Education, Business Administration and Physical Education from Texas Lutheran College in Seguin. She lettered four years on the TLC women's basketball team, which at the time, was an NAIA school.

Wallace and her husband of 26 years, Scott Wallace, are parents to son, Cody and daughter, Kasey. 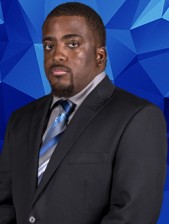 Brandon Postell is at the start of his first season with the OLLU Women's Basketball team as a graduate assistant coach. He joins the coaching staff this season after spending the last five years as a varsity basketball coach in the San Antonio area. Postell will assist the coaches with individual workouts, practice plans, recruiting and scouting duties.

Since 2015, Postell has worked with The Basketball Embassy as a player development coach and camp coordinator in its pursuit to provide basketball instruction and diplomacy through the game to players, coaches and organizations alike, in more than 10 different countries in the eastern European area.

Postell graduated from the University of Texas at san Antonio with a bachelor’s degree in Kinesiology. He is currently pursuing a Master of Science in Nonprofit Management at OLLU.