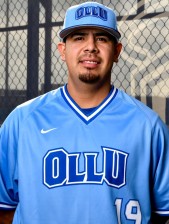 He guided the Saints to a fifth-place finish in the Red River Athletic Conference (RRAC) regular season with a conference record of 18-14. The Saints qualified for the postseason tournament and lost the first game to Jarvis Christian College 6-11. They went on to defeat the University of Houston-Victoria 12-8 and the dropped their last game to LSU-Alexandria 1-9 to end their season with an overall 29-27 record. Three Saints were named to the All-Conference Team -- Anthony DeJesus, Jordan Hackett and JB Martinez.

Flores and his fiancé Katrina reside in San Antonio and are parents to one-year-old daughter, Kyleigh. 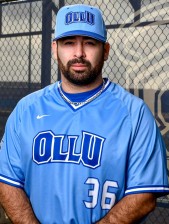 Jake Mendiola joined the Saints baseball coaching staff in spring 2016. He is a native of  Kingsville, Texas, and he graduated from Richland Northeast High School in Columbia, South Carolina. 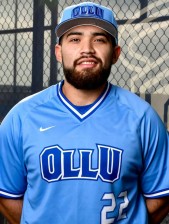 Josh Razo joins the coaching staff of the Saints baseball team. Razo played two years for the Saints after transferring from Frank Phillips Junior College. He is a native of Pearland, Texas, where he attended Manvel High School. 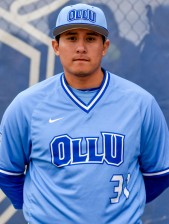 Zach Luevanos joined the coaching staff of the Our Lady of the Lake University baseball team in January 2017.

Luevanos comes from a baseball family and is well connected in the baseball world. His cousins Rudy and Tony Jaramillo are well respected coaches in professional baseball. Rudy held a major league hitting coach position for 20 years with the Astros, Rangers and Cubs). Rudy was inducted into the Texas Baseball Hall of Fame in 2004. Tony currently holds the assistant major league hitting coach position for the Cincinnati Reds.

Luevanos' playing career is as follows:
Lamar University (2013): Played in 48 games with 42 starts behind the plate during his senior campaign. He helped lead the Cardinals to a 39-20 overall record, 15-12 during conference matchups and 24-8 during non-conference play. He finished conference with a .295 average with one home run, 22 runs batted in, .994 fielding percentage, .360 on base percentage and .333 slugging percentage earned was enough to land Luevanos on the 2013 Southland All-Conference Team with Honorable Mention honors. Off the field, Luevanos was named to the spring 2013 Southland Conference Commissioner’s Honor Roll List.

Northwoods Collegiate League: Played for the Mankato Moondogs in Mankato, Minn. in the prestigious Northwoods League finishing the season with a .317 average collecting 20 hits while driving in seven runs in 63 at bats for the Moondogs.

Lamar University (2012): Played in 33 games with 19 starts, primarily at catcher..carried a .259 average with 14 runs batted in and seven scores...picked up his first career run on a Feb. 19 win over Arkansas State ... singled against Illinois on Feb. 26 for his first career hit ... went 2-for-4 and knocked in his first career run in a win at Rice on March 21 ... had a 2-for-4 outing with an RBI in a win over Sam Houston State ... recorded first multi-RBI game in April 20 win over Nicholls, going 2-for-3 with two ... had a career day against Prairie View A&M on April 24, registering three hits and three RBIs in the victory ... went 5-for-11 with five RBI and two scores in series against Texas A&M-Corpus Christi ... recorded a hit in 14 games and an RBI in nine.

Texas Collegiate League (2011): In the summer, Luevanos played for the Alexandria Aces in the Texas Collegiate Wood bat League. Held a .277 average collecting 26 hits and driving in 14 runs in 28 games before leaving Alexandria with an ankle injury.

Seminole State (2010):  As a red shirt freshman in 2010, Luevanos led the Trojans offensively with a .387 batting average, 13 doubles, 12 home runs, 24 runs and 41 Runs batted in.   In 2011 as a sophomore, Luevanos paced the Trojans offensively for the bulk of the season collecting 60 hits, 17 doubles, five home runs, scoring 40 runs and driving in 52. Luevanos also ended his sophomore year with a .343 average Luevanos garnered All-Region selections during his freshman and sophomore seasons for Seminole State. Luevanos was named NJCAA player of the week in the month of March after going 7-12 at the plate, collecting two home runs, three doubles, scoring three runs and driving in eight runs.

High School: Was two-year, All-South Texas and one-year All-State performer for Coach Lee Yeager at Corpus Christi Carroll ... Posted .448 batting average and hit two home runs as senior and batted .420 with four homers as junior. ...  Luevanos was a two-year honoree on the All-Region Academic Team and signed with Northwestern State of Louisiana during early signing period in Nov. of 2008. 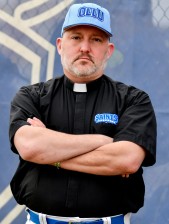 Father Cristopher Robinson returns for his third year as the chaplain for the OLLU Saints Baseball Team. He has been the rector at St. Francis Episcopal Church in San Antonio for four years.He and his wife Kristina have been married for 21 years, and they have two sons, Michael and Zachary. 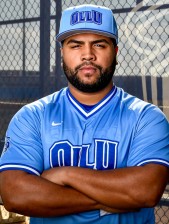 David Marte has joined the coaching staff of the Saints baseball team. Marte played two years on the Saints team as a pitcher after transferring from Monroe College. He is a native of Boston, Mass., and a graduate of Brighton High School.

While on the team, Marte earned Conference Scholar Athlete and Champions of Character recognition. 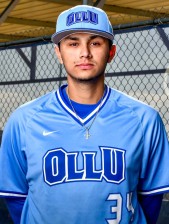 Austin Gallego has joined the coaching staff of the Saints baseball team. Gallego played two years on the team after transferring from Lincoln College. He is a native of Bryan, Texas, and a graduate of Bryan High School. 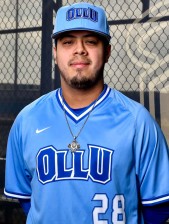 Mark Medina joined the Saints in 2016 as manager. He is a native of Jourdanton, Texas, where he graduated from Jourdanton High School. He transferred to OLLU from San Antonio College.

A sophomore, Medina enjoys hunting and fishing. His favorite motto is, "Don't let the fear of striking out keep you from playing the game." His athletic role model is David Wright.