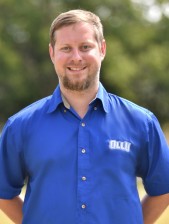 Stephen Sherman enters his eighth season at OLLU after coming from McMurry University in Abilene, Texas, where he served as assistant coach for cross-country and track for three years.

OLLU tallied 20 points, and Wiley finished second with 37 points, followed by Gulf Coast Athletic Conference member Xavier University with 81 points. The Saints went on to the NAIA National Championships, where they finished in 29th place.

Sherman received his second RRAC Coach of the Year award.

In the 2012 season, the Saints sent three women to the national meet -- Laura Echeverria, Marianna Hurtado and Erica Ramos -- after finishing in second place in the conference meet.

In 2013, for the first time since the program began in 2009, the Saints won the Red River Athletic Conference meet. They qualified as a team for the NAIA National Cross-Country Championship meet in Vancouver, Wash. Ceara O'Donnell was named the conference's Freshman of the Year, and she along with Erica Ramos, Laura Echeverria and Alexandria De Luna were named to the All-Conference Team. Sherman also received Conference Coach of the Year.

Sherman is married to Megan Pate, and they reside in San Antonio. The two are parents to one-year-old Otis James. 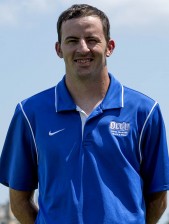 Smith received a Bachelor of Arts in English from McMurry University. While there, he won multiple All-Conference awards from the American Southwest Conference. He also received the Sportsmanship Award in 2011 and the Top Track Athlete of the Year Award in 2011. He is an NCAA Division III five-time All-American and was on the National Championship Team in 2008. He set school records in the pentathlon and in the indoor 4x400 meter relay. He is a native of Crowell, Texas, where he was a five-sport letterman at Crowell High School. He was a Texas State bronze medalist in the 300-meter hurdles.