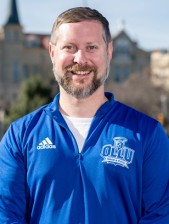 In track and field's inaugural season, the men finished fifth in the RRAC. Individually, the Saints had one second-place, one third-place, one fifth-place and two six-place finishes in the conference meet. Throughout the season, three men were named conference runners of the week. Also, 12 OLLU school records were set this season.

Sherman and wife Megan Pate are the parents of a boy and a girl. 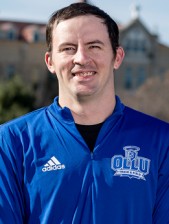 Smith received a Bachelor of Arts in English from McMurry University. While there, he won multiple All-Conference awards from the American Southwest Conference. He also received the Sportsmanship Award in 2011 and the Top Track Athlete of the Year Award in 2011. He is an NCAA Division III five-time All-American and was on the National Championship Team in 2008. He set school records in the pentathlon and the indoor 4x400 meter relay. He is a native of Crowell, Texas, where he was a five-sport letterman at Crowell High School.