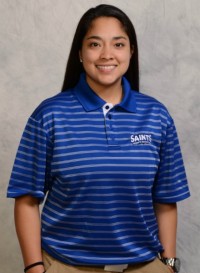 Valerie Huizar, a San Antonio native, begins her first year as assistant women's basketball coach for Our Lady of the Lake University in 2012. She comes from Tyler Junior College, where she was an assistant coach for the 2011-2012 season. While on staff, her duties included overseeing the team's academics, recruiting and assisting in all game and practice operations. The Apache Ladies finished the season with a 25-8 record and were conference regular season and tournament runner-up; losing in the Regional Championship game to the eventual NJCAA National Champion. Prior to Tyler Junior College, Huizar served as a graduate assistant in the 2010-2011 season for fellow conference foe Louisiana State University in Shreveport. The Lady Pilots went 18-13 for the year and lost in the semifinals of the RRAC Tournament. In 2008-2010, Huizar started at the point guard position for LSU-Shreveport.  In those two years the Lady Pilots compiled a record of 50-13 and earned conference regular season runner-up and conference tournament runner-up. Both teams also earned automatic bids to the NAIA National Tournament. As a player Huizar collected Conference Newcomer of the Year, two-time First Team All-Conference, NAIA All American Honorable Mention, and Third Team All-Louisiana awards. She transferred to LSU-Shreveport from Lon Morris College. Huizar received her bachelor's degree from LSU-Shreveport in Elementary and Secondary Health and Physical Education and is currently pursuing a master's degree in Kinesiology from the University of Texas at Tyler. She is a graduate of Sandra Day O'Connor High School in San Antonio. 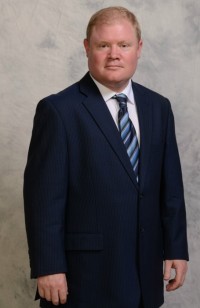 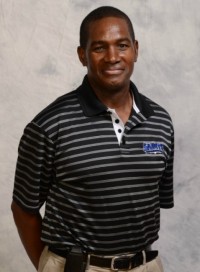