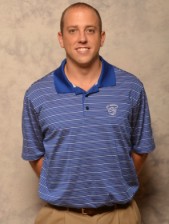 Ryan Wall joined the OLLU men's basketball team as assistant coach in July 2012. He came to OLLU from Ranger College, where he was the assistant coach and recruiting coordinator. Under head coach, Larry Brown, Ranger College won the North Texas Junior College Athletic Conference last season – the first time in more than 40 years. Prior to Ranger, Wall was the graduate assistant for the University of South Alabama men's basketball team.  Wall has also coached at basketball camps at his alma mater, Coppell High School, as well as at the University of New Mexico and Kansas University and at the Rolando Blackmon Camp and the Basketball Smiles Bahamas Camp. In high school, Wall played on the Coppell varsity team for four years -- the team lost just one district game in those four years. He received the following honors: District 6-5A All-State Basketball (two years), District 6-5A All District Basketball (four years), District 6-5A All District MVP (three years), District 6-5A Basketball Champions (four years) and McDonalds Pre-Season All American Basketball (2003). Wall spent two years at the University of New Mexico in Albuquerque, where he played on the Mountain West Conference Championship Team. The team lost to Villanova in the first round of the NCAA tournament during his sophomore year. Wall received a bachelor's degree in communications and a master's degree in education administration from Texas Christian University. While at TCU, Wall was a standout point guard on the Horned Frogs squad. He led the team in steals and in free throw percentage. He also excelled in academics and was named to the All-Mountain West Conference Academics Team. Wall is a native of Fort Worth, Texas. He is the son of legendary coach Jim Wall, who was assistant coach for Texas Tech University, West Texas University and Sam Houston State University. He is currently the head coach of women's basketball at North Forney High School. 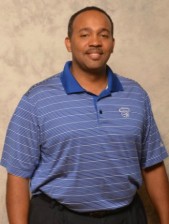