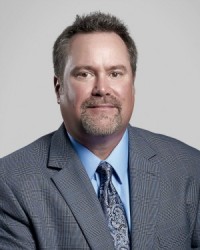 Alan E. Baxter joined the Our Lady of the Lake University Athletics Staff as Golf Head Coach in June 2013. Baxter is a graduate of St. Mary's University, where he received a Bachelor of Business Administration in Finance in 1986 and a Doctor of Jurispudence in 1989. At St. Mary's, he was the president of his fraternity, Kappa Sigma, from 1985-1986. From 1983-1986, Baxter was on the varsity golf team. He lettered for three years and was captain for two years. He also received the most valuable player award twice. Curently, Baxter is mayor of the City of Windcrest, a position he has held since 2011. In addition, he is CEO and President of DBGIC Management, LLC. and FAR Music, LLC. Here he negotiates contracts, promotes, markets, consults and manages recording artists, enterainers, models, actors, professional athletes, coaches, athletic and entertainment events, sponsorships and naming rights for facilities. Baxter previously was a sports agent for various professional athletes, including golfers, basektball players, football players and baseball players. His coaching experience includes coaching a 15-member team comprised of 16-18 year olds in the Big Leage Baseball League. He has also coached PGA tour golfers, including Rex Caldwell, Frank Conner and Esteban Toledo. He has been head coach with various professional basketball teams in Eastern and Western Europe. In addition, he owned the Barcelona Howlers, a professional football team. He was also its general manager and head coach for two years. Baxter is a ranked amateur golfer, and he is part owner of the Windcrest Golf Course.