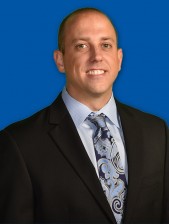 Ryan Wall has completed his second year as head coach for the OLLU men's basketball team. In July 2012, he was named assistant coach, and last season, he took over as interim head coach for the Saints. In May 2014, he officially became the head coach.

The Saints completed their sixth season with a 25-6 overall and 17-3 Red River Athletic Conference record. After finishing the regular season as the conference co-champs, the Saints went on to the tournament championship, where they lost to LSU-Alexandria in overtime 76-75. OLLU earned a spot in the NAIA DI Men's Basketball National Championship Tournament -- their second trip to nationals. In 2012, the men made it to the Sweet 16 round, where they also finished this season. They defeated Columbia College in the first round 74-68 and lost to Talladega College 79-70.

Wall came to OLLU from Ranger College, where he was the assistant coach and recruiting coordinator. Under head coach, Larry Brown, Ranger College won the North Texas Junior College Athletic Conference in 2012 – the first time in more than 40 years. Prior to Ranger, Wall was the graduate assistant for the University of South Alabama men's basketball team. While here, he mentored future OLLU standout Roberson, who became only the second Saint to earn NAIA All-American honors. Roberson became the Saints' all-time leading scorer and was the runner-up in the NAIA's 3-Point Shooting Contest and a member of the winning inaugural all-star team. In high school, Wall played on the Coppell varsity team for four years -- the team lost just one district game in those four years. He received the following honors: District 6-5A All-State Basketball (two years), District 6-5A All District Basketball (four years), District 6-5A All District MVP (three years), District 6-5A Basketball Champions (four years) and McDonalds Pre-Season All American Basketball (2003). Wall spent two years at the University of New Mexico in Albuquerque, where he played on the Mountain West Conference Championship Team. The team lost to Villanova in the first round of the NCAA tournament during his sophomore year. Wall received a bachelor's degree in communications and a master's degree in education administration from Texas Christian University. While at TCU, Wall was a standout point guard on the Horned Frogs squad. He led the team in steals and in free throw percentage. He also excelled in academics and was named to the All-Mountain West Conference Academics Team. Wall is a native of Fort Worth, Texas. Early in July 2014, Wall married Krysti Waller. 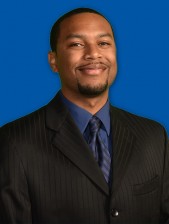 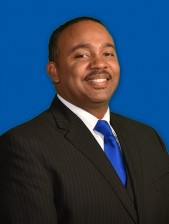