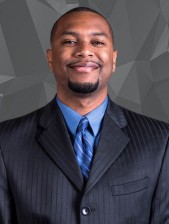 Robert Ford completed his first season as the Our Lady of the Lake University Men's Basketball assistant coach. Ford joined the coaching staff after spending one season as assistant coach at Paris Junior College (PJC). He helped guide PJC to a NJCAA Region XIV Tournament appearance for the 16th consecutive season. Prior to PJC, Ford was an assistant coach for the Neosho County Community College (NCCC) in Chanute, Kansas, where he helped guide the team to a 21-11 overall record in 2013-2014. The Panthers reached the NJCAA Region VI Tournament second round for the first time in eight years. Ford also spent two seasons at NCAA Division II Texas A&M University-Commerce reaching the Lone Star Conference tournament in both seasons. Ford began his coaching career at the high school level at Grand Rapids Christian High School in Grand Rapids, Michigan, as an assistant for the boys’ varsity basketball team. He also served as the head coach for the junior varsity team. As a player, Ford played for NCAA Division I Easter Michigan University (EMU) from 2005-2007 before transferring to the University of South Alabama (USA) for his final two seasons. Ford was the starting guard for USA in 2007 in which the team set a school record of 26 wins in a season on its way to a Sun Belt Conference regular season championship and an at large bid to the NCAA Division I Tournament. As a starting guard, Ford shot 35 percent from 3-point range and 83 percent from the free-throw line. Ford earned a bachelor’s degree in communications from EMU and is currently pursuing a master’s degree in business administration. In July 2016, Ford married Annette Nicole. 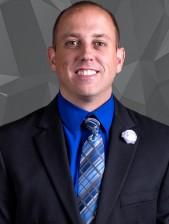 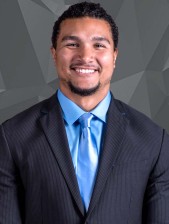