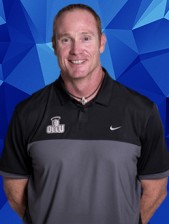 Last season, OLLU finished with a 9-7-1 overall record and 4-4 in conference. They made it to the quarterfinals of the conference tournament. Hurley's teams have consistently ranked at the top in team GPA, In 2009 and 2010, his team had a combined 2.9 GPA. In addition, several team members have received Academic All-America and NAIA Scholar Athlete recognition, as well as conference Scholar Athlete honors. Hurley has been in the business of soccer and player development for many years. His passion for the game goes back to his youth, when he played in youth and adult leagues during his high school years. Shane was a three-year letterman at Harlingen High School, and he received a scholarship to play NCAA Division One Soccer at the University of Texas-Pan American (UTPA) in 1990. At UTPA, Hurley was a four-year starter and was one of the captains his senior year. Aside from the wins and losses, he says that one of his fondest memories was just getting the opportunity to play in Monterrey Tech Stadium, which is used by the professional team, Monterrey Rayados. While at UTPA, he earned his bachelor's degree with a major in English and a minor in history. During the final year of his education, Hurley served as an assistant coach for the program and started a women's club program that flourished. To immerse himself even further into soccer, he played semi-professionally with Excel, out of McAllen, Texas. During his two years with Excel, he enjoyed great success as the team won two state championships and advanced to regional championships both years. In 1996, Hurley became the head girls' soccer coach at Harlingen High School where he won two straight district titles. He worked with the girl's program for four years. Then, Hurley worked with the boys for his final two years before moving to San Antonio to pursue club soccer and Olympic Development Program opportunities. During his tenure at Harlingen, the girls' program was always one of the top two teams in the Rio Grande Valley; they finished number one twice. In 1998, his girls went undefeated into the playoffs and finished with a 24-1 record. His team advanced to the regional tournament three years in a row while winning district, bi-district, area and sectional championships. During his final two years there, Hurley helped rebuild the boys' program. They won the district championship both years and advanced to the regional tournament in his final year; the boys went to the regional final. Upon arrival in San Antonio, Hurley's impact was seen considerably. He began working at Clark High School and helped coach its girls' team to a regional championship, as well as Northside ISD's first state tournament appearance. Then, Hurley became the Director of Coaching for a local soccer club, XLR8. He guided it through tremendous growth, from 4 teams to 17 in two years, and eventually led it through several developmental improvements that became part of the Classics Elite Soccer Academy. His club teams have won several state championships, and his 88s won a regional championship while representing South Texas in Alabama the summer of 2006. For the past years, Hurley has been on the state staff of the South Texas Olympic Development Program. While on staff with the 90 boys, they finished second in the Region. With ODP, Hurley was responsible for helping conduct tryouts at various age groups to identify potential candidates for the state program. Education has always been a priority of Hurley's. While coaching, he has always strived to professionally develop his own knowledge of the game and training methodology to benefit his players. In June of 2005, he was awarded the NSCAA's Premier Diploma at Butler University. The Premier Diploma is the highest level of certification offered by the National Soccer Coaches Association of America. He holds an Advanced National Diploma and a National Diploma, which he earned at Notre Dame University and Trinity University, respectively. Hurley also earned a Level I goalkeeping certificate with the NSCAA. Hurley also works for the South Texas division of the United States Olympic Development Program. Hurley is very proud of an award he received on behalf of his soccer team at OLLU. The men's team, along with the women's team, received recognition for their work as mentors in the Northside Independent School District (NISD), the largest school district in San Antonio and the fourth largest in Texas. Hurley accepted the 2012 Partner of the Year Award on behalf of his teams. Recently, Hurley became the director of coaching for the Urban Soccer Leadership Academy in San Antonio (USLA). USLA provides an affordable, neighborhood based, youth development leadership and service program for urban families through the soccer experience. In 2016, Hurley earned a Master of Arts from Concordia University - Irvine. Hurley and his wife Zoila reside in San Antonio. They are parents to a daughter and son. 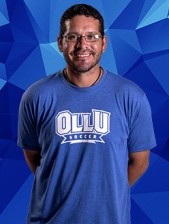 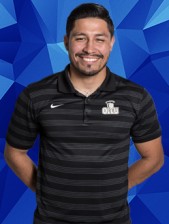 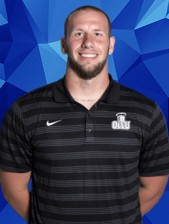 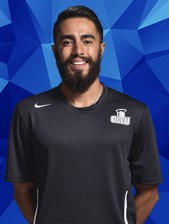