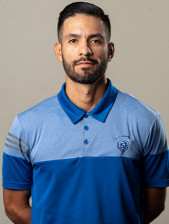 Martinez joined the OLLU golf coaching staff during the 2013-2014 season as the assistant coach. In 2019, he took over as head coach for the Saints. While on staff, the Saints have won five Red River Athletic Conference/Association of Independent Institutions Championships and three National Championship berths. This past season, he guided Kane Ybarra to a NAIA National Championship 10th place finish. The team was the runner-up for the conference. 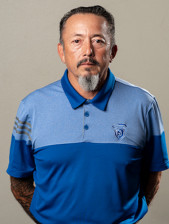 TONY TORRES retired from the US Army after 32 years of service in October 2017. He worked at the Republic Golf Club in San Antonio as a golf-teaching professional for three years.

He is very active in the veteran community teaching fellow veterans the game of golf through the PGA HOPE (Helping Our Patriots Everywhere) program. A program designed to find vets and introduce them to the game of golf. To get them out of the house, back in the community, back with their family and out on the course.  Torres continues to share his passion for the game as an employee at the Joint Base San Antonio-Fort Sam Houston Golf Club. He is in his second season with the Saints golf team and looking forward to getting the team to nationals.