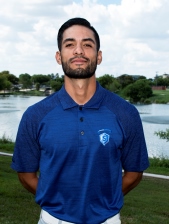 Arnie Martinez joined the OLLU golf staff during the 2013-2014 season as assistant coach. He assists with practice and tournament preparation. Martinez also manages player development. In 2015, Martinez, along with then Saints golfer Ian Berrigan, competed in the Valero Texas Open Qualifier after making the cut in the Pre-Qualifier of the competition. Martinez was the only golf coach to make the cut. Martinez continues to assist with all facets of the program from recruiting to practice schedules and practices, tournament strategy, course management/strategy, implementing and overseeing physical conditioning.  Martinez is also a touring professional golfer playing on several tours including the Adams Pro Tour, where he continues to improve to reach his goal of earning a PGA Tour card. Martinez was a standout collegiate player at Our Lady of the Lake University from 2008 to 2010.  In 2013, he won the Greater San Antonio Men’s City Championship and was selected to play on the prestigious Rudy’s I35 Cup representing San Antonio. 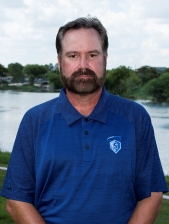