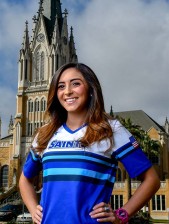 Hobbies: Going to the gym and spending time with family and friends