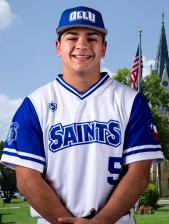 Hobbies: Working out and hanging out with my family and friends