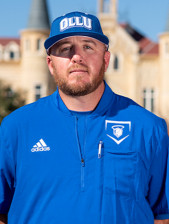 BRYAN AUGHNEY begins his fourth season as head coach for the OLLU baseball team. He is a native of Bozeman, Mont., and comes to OLLU after five seasons as head baseball coach at Harlingen High School, where he also taught business. His teams made three trips to the UIL State Playoffs and accumulated an overall record of 73-64.  In his first year there, he was named Valley Morning Star Coach of the Year.

Aughney guided the Saints to the most wins in a single season in 2021 with 34. OLLU won the Red River Athletic Conference (RRAC) regular-season title for the first time in program history. Aughney was selected as the RRAC Coach of the Year and surpassed his 100th win at OLLU. The Saints also made history with a first-ever NAIA Baseball Coaches' Top 25 ranking. The regular season was filled with excitement. Alec Martinez and Jose Diaz combined for a no-hitter against No. 13-ranked LSU-Shreveport as part of a four-game series sweep. Pitcher Brett Vasquez tallied the most wins in a single season in Saints history with a 9-2 record. The team received a bid to the NAIA National Championships Opening Round where they lost to Freed-Hardeman University and St. Thomas University.

During the 2020 season, Aughney led OLLU to a 15-10 overall record and a commanding 5-1 RRAC mark before the season ended due to COVID-19. The Saints tallied wins against four ranked teams and pitcher Logan Garza set a Saints single-game strikeout record with 17 against Texas College.

In 2019, Aughney guided the Saints to a 31-24 overall record and 18-9 in the conference. The team made their fourth trip to the conference tournament.

In 2018, Aughney guided the Saints to a 25-29 overall and 16-11 conference record. The team made its first trip under Aughney and its third trip overall to the conference tournament.

Under Aughney, the team has earned NAIA Scholar Team recognition every year.

His overall head coaching record is 274-253 spanning 10 years at the collegiate and high school level.

Before Harlingen, Aughney had much success as head coach at the University of Texas at Brownsville (now consolidated with the University of Texas-Pan American to form the University of Texas Rio Grande Valley) for four seasons (and one season as an assistant coach), when the Scorpions were part of the NAIA. His teams from 2008-2018 accumulated an overall record of 149-136 and twice qualified for the NAIA National Tournament. The RRAC honored 16 of his players as first-team all-conference, six were selected to the Gold Glove team, two were pitchers of the year, and 60 were scholar-athletes. One of his players was selected as NAIA All-American, and four were offered professional baseball contracts. Aughney also was the conference's baseball chair, leading the rearrangement of the conference alignment and the dissolving of divisional play, conference scheduling, operations procedures and oversight. Aughney's teams dedicated many hours to the NAIA Champions of Character program as volunteers for the Moody Clinic, and in programs promoting breast cancer awareness and youth motivation. Before arriving in Brownsville, Aughney had assistant-coach stints at Bellevue University (NAIA) and Northland College (NCAA DIII). From 2006-2007 at Bellevue, the team was the Midlands Collegiate Athletic Conference champion, the Region IV champions and the Plains Super Region champions. They qualified for the NAIA World Series, and three players were offered professional contracts. Also, he was the assistant coach for the Wisconsin Woodchucks, where 11 players were drafted. As a player at Dawson Community College, his team was the conference and region champions and qualified for the NJCAA Division III World Series. While at Northland, he helped his team reach the NAIA Regional Tournament, and he was a two-time all-conference selectee. Aughney earned a business and economics degree from Northland College and a Master of Arts in Leadership from Bellevue University.  He is married to April Aughney (Garza) of San Benito, Texas. They are parents to daughter Angelin and son Chase. 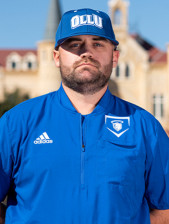 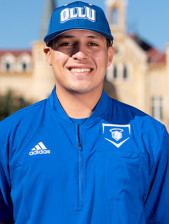 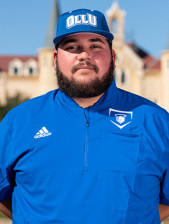 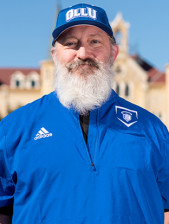