David Cavazos returns to Our Lady of the Lake University as goalkeeping coach for the men's team. In 2016, he coached the women's team.

Cavazos aids the Saints soccer program from the goal-keeping perspectives of the game and will assist the program in order to continue to develop and achieve athletic excellence both on and off the field.

Cavazos is on the goalkeeper coaching staff with the San Antonio Lone Star-SC family. He has extensive soccer knowledge and a grassroots background in San Antonio and local involvement among the club, high school and collegiate circles.

Cavazos is the founder of Plus+One Goalkeeping Academy. He is registered as an official with Texas High School Soccer (TAS), and he is a grade seven USF referee. Cavazos is licensed by both governing institutions for soccer in the United States: United States Soccer Federation Level ‘D’ coaching and National Soccer Coaches Association of America Level 1, 2, 3, Goalkeeping. He is currently pursuing his NCAA Advanced National Goalkeeping License.

Cavazos was a three-time Who’s Who Among High School Athletes. From 1995-1999, Cavazos played soccer for the University of the Incarnate Word under Coach Howard Patterson USF ‘A,' goalkeeper Coach Ed Sakiewicz USF'A' and Memo Espinosa (Mexico).  During this time, his studies included double majoring in Art/Education.

From 1999-2000, Cavazos played with the Intercollegiate Club Program at San Antonio College. While there he was able to secure two state championship titles under Coaches Neil Hull and Henry Ford (Scotland FA). The team was a national finalist as well. Cavazos was a two-time All-Conference member as well as Tournament MVP in 2000.

From 2000-2002, Cavazos played for the San Antonio Pumas Semi-Professional team as a reserve goalkeeper. Cavazos has a daughter. He and his wife Kymberly reside in San Antonio. 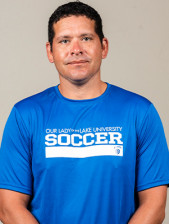 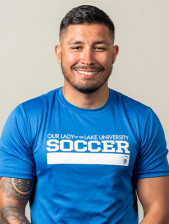