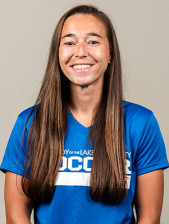 Stahmann received her Master of Science in Kinesiology at Texas A&M University-Corpus Christi, and while there, she was certified by the National Strength and Conditioning Association (NCSA).

In addition, she is pursuing an MBA from Wayland Baptist University in Plainview, Texas. In 2012, Strahmann received a Bachelor of Science in Fitness Management Composite/Personal Training and Strength Specialization at Wayland Baptist. She graduated from Blanco High School in Blanco, Texas.

Stahmann has the following skills and certifications:

Stahmann's playing career included being team captain for the Wayland Baptist University's Women's Soccer Team and playing for the San Antonio Athenians Soccer Club in San Antonio. She played for the Malick City Football Club in Trinidad and Tobago in the 2013 Summer Trinidad and Tobago Women's League (TT WoLF). This included practicing with the national team known as Trinidad & Tobago Football Association. In 2012 as a freshman, she was named Defensive Player of the Year at Wayland Baptist. In addition, she played on the New Braunfels Ajax's Soccer Club from 2005-2012. 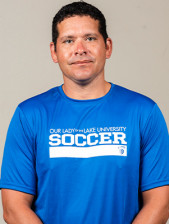